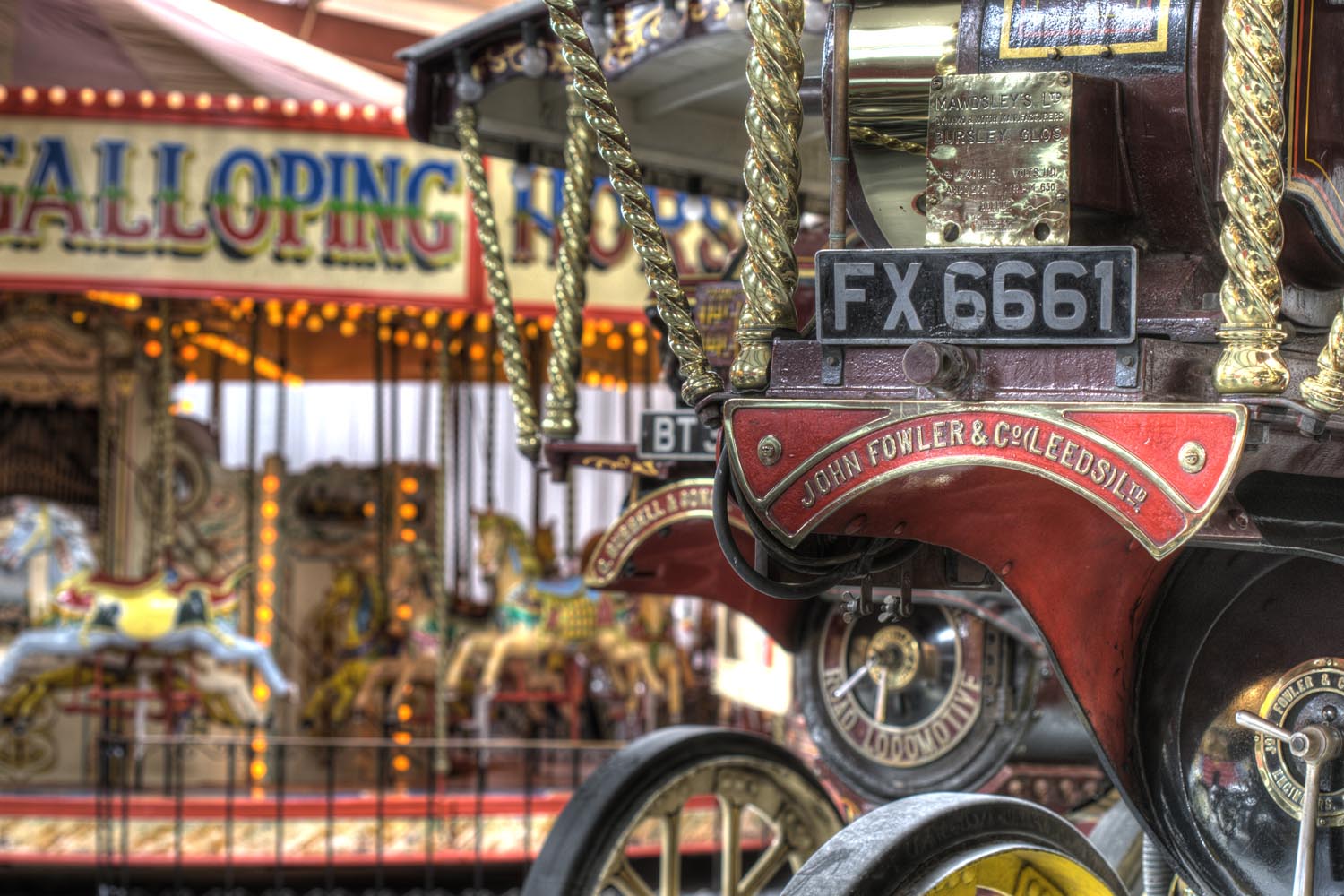 When Graham Atkinson purchased his first steam engine and mechanical organ back in the 1980’s few people could have ever imagined that this was destined to be the start of a unique collection that would become famous throughout the world.

What started as a casual love for the glories of the past quickly became a passion that completely took over his life. Soon the collection grew to a size where it became necessary to build new storage facilities for the winter and it was at this point that the idea of building an entertainment venue instead was considered, after all why should such wonderful items only be enjoyed during the certain events during the summer months?

We’ve put together a handy summary of must-see exhibits on your visit to the Scarborough Fair Collection: 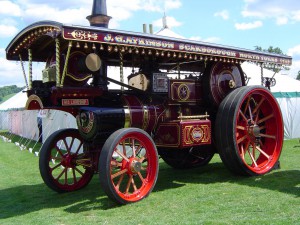 Star of the 1962 British comedy film The Iron Maiden, The Scarborough Fair Collection is the home of the actual Showman’s Engine featured in the film. Built in 1920 as a road locomotive and originally named The Kitchener, she was renamed for the film and has been preserved since 1952. She sits alongside a number of other steam engines; Princess Maude, Excelsior – which helped with the Second World War effort, His Lordship, Chief and Endurance. We’ve also got miniature versions of other steam engines and trains too. 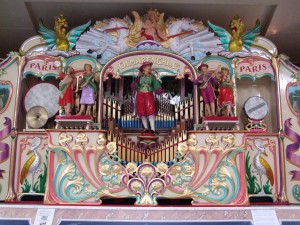 There are fifteen mechanical organs in our collection, they’ve got historical roots in France, Belgium, Holland, Germany, Switzerland and the USA, some date back to the early 1900’s and there are organs made as recently as 1984. We are home to the world famous ‘Munich Oktoberfest’ organ which forms the centre-piece to our travelling shows.

The stories behind the organs are incredible. The Willem Tell Decap used to be part of a Dancing Cafe in Belgium, which is now a Chinese restaurant and the Granada Mansfield Wurlitzer shared a stage with The Beatles, but the venue is now a Primark! Thankfully they’ve found a new, caring home here at the Scarborough Fair Collection. Our other Wurlitzer (M Ranch) is the focal point of our ballroom and tea dances. 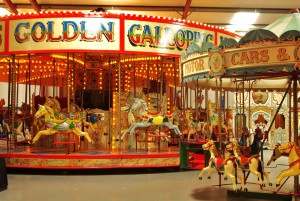 Running on the hour, every hour, you can twirl on the Tidman Golden Galloping Horses and enjoy times gone by. They were originally built in 1893 and have had several previous owners before finding their home at the Scarborough Fair Collection. We also have a rare caterpillar ride, a ghost train, an mini Austin car ride, The Cake Walk, Dodgems and 20th Century Thriller Noah’s Ark. All that nostalgia set alongside classic fairground games such the Coconut Shy, a Strength Tester and ring throwing games.

You can try your hand on the Penny Arcade too and enjoy games from years ago! 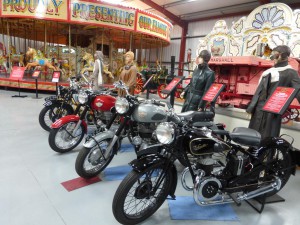 Proudly on display are a number of vintage cars, vehicles and motorbikes, all with their own rich history. For example, the Triumph motorbike, manufactured in 1913, has a starting mechanism where you had to pedal furiously to start the engine! There are a range of other motorbikes too, manufactured by Douglas, Velocette and Royal Enfield ranging from the 1930’s to 1960’s. 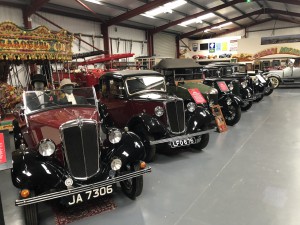 There are a number of Morris Motor Group exhibits, and we tell the story of how the Morris manufacturers managed to reduce costs and become the number 1 car manufacturer in the UK selling over 54,000 cars in 1925. Their Morris Eight model is one of those available to see in the museum, it’s a convertible with only two seats to allow for the folding roof, and a fold-down windscreen so drivers could feel the wind in their hair! We also have a Lancaster Ten on display, the manufacturers of this model also designed the first petrol drive, 4 wheeled car in Britain.

Plus we’ve got a Diamler ‘Landaulette’ from 1927 which was the Royal Family’s vehicle of choice, a Morris Cowley from 1929, which was packed into boxes when war broke out and reassembled years later, and a Stanley Steam Car from the USA. The Stanley brothers sold their photography business to Mr Kodak to fund their car business and set the world land speed record at 127mph.

You can also see one of the most popular models of the time, The Model T Ford, plus a range of other vehicles including a Buick all the way from America. 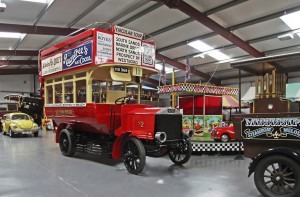 Morris also made a 9 seater bus, used by a hotel for guests which didn’t have any front brakes! This unique vehicle is available to see in our collection too. Plus, fire engines from circa 1930 – see how they travelled without any cover, with ladders and hosepipes still attached. There is a 1915 open top bus, sign written with Yorkshire brands and local tourist hotspots in Scarborough. The Queen Mary Steam Wagon had a varied working life, being used for both a brewery and during the war! This and so much more! There are Austin Tractors, Fordson Tractors and a number of David Brown Tractors all restored to fabulous condition by previous owners.

Take a look at our gallery 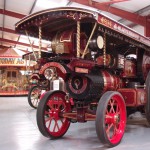 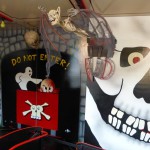 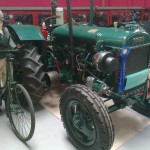 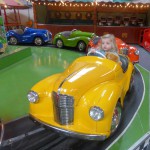 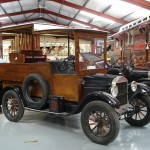 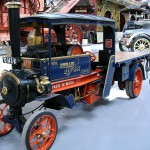 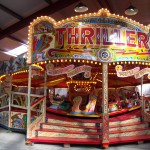 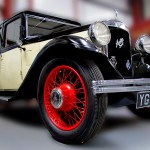 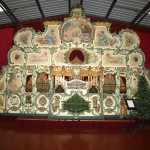 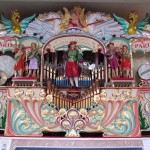 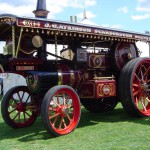 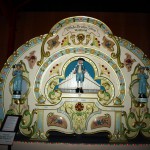 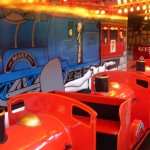 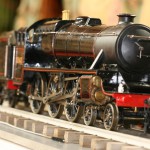 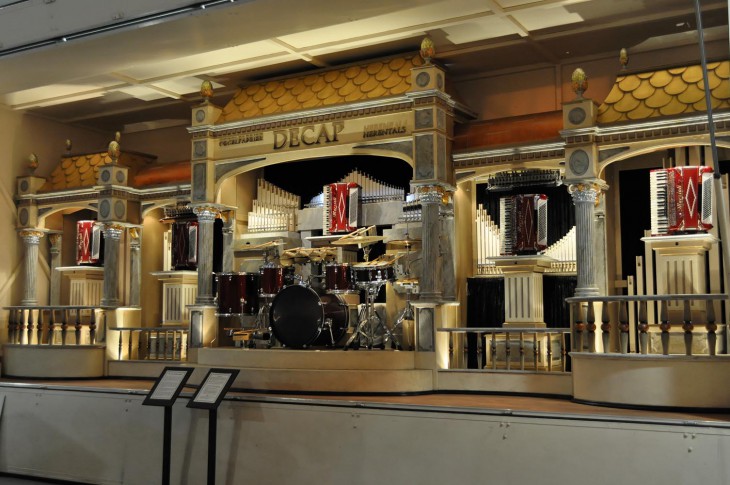 Take your experience home with you

If you enjoyed your visit to The Scarborough Fair Collection, why not take away some of the amazing sounds and recreate some of the atmosphere ...